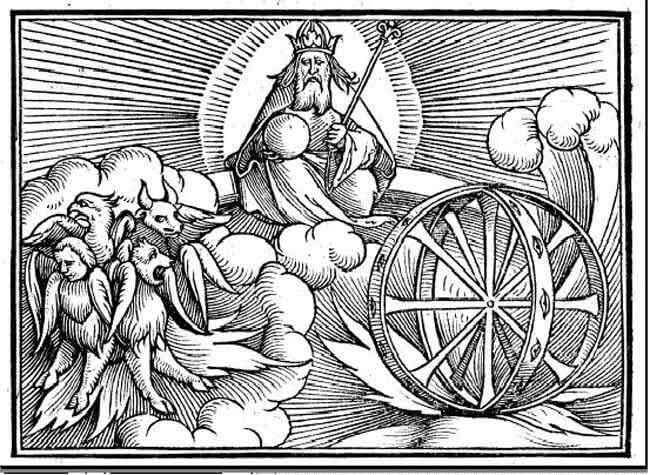 God Will Judge Through Ezekiel Archetypes In The 21st Century

Warning: This is a heavy article.

Why would Jesus say the following?:

Luke 14:26 “If anyone comes to me and does not hate father and mother, wife and children, brothers and sisters–yes, even their own life–such a person cannot be my disciple.”

This article will show you why Jesus made it very clear that parents have very limited authority and legitimacy.

The modern church has a public understanding of the Great Grace and the forgiveness of God through His Son Jesus Christ. Amen! I am forever grateful for that eternal truth.

But, what may come as a surprise to many is God will judge people and things. That judgment begins with the house of God (1 Peter 4:17). After the judgment to the house of God, then culture. And if its hard for the righteous to be saved how hard will it be for the ungodly?

There are many things covered in the book of Ezekiel. One of the main themes is God preparing & empowering Ezekiel to judge His own people for profanity (not cuss words) but rather abominations, rebellion, social injustice and idolatry.

God Prepared Ezekiel To Judge His Own People

God made Ezekiel’s forehead hard as flint (or as a diamond). God told Ezekiel not to fear the faces of the Israelite people, leaders and elders because they are a rebellious people (Ezekiel 3:9).

In even more preparation, The Spirit took Ezekiel away into a bitter fury of anger within in his own spirit and the Lord’s Hand was strong upon him (Ezekiel 3:14). Through angry bitterness, God was preparing and empowering Ezekiel not to fear a rebellious people who were hiding their abominations behind the hypocritical politics.

Some modern day Christians in our culture would argue that God would never do such a thing to and through Ezekiel. Or they would say something along the lines like; “Ezekiel is in the old testament.”

Even in the new testament God says He will judge the secrets of men (Romans 2:16). And if you look at Ezekiel 8:12 God shows Ezekiel what the elders of Israel were doing in secret (“in the dark”).

God made Ezekiel tough and hard enough to judge God’s people for the abominations they were doing in secret. One of those abominations was making their 1st born child go through the fires of molech.

Abomination: Making Their 1st Born Pass Through The Fires Of Molech

According to Ezekiel 8 & Ezekiel 20 the elders and the people of the House of Israel sinned like their fathers. Their fathers were delivered form Egyptian Slavery and then were guilty of murmuring & complaining (witchcraft), idolatry and more sins in the wilderness.

Ezekiel 20:31 clarifies the elders were guilty of making their first born pass thought the fire.  If you look at Leviticus 20 God clearly tells His people not to put their 1st born through the fires of Molech.

Leviticus takes place in the wilderness after God’s people escaped from Egypt. The people (their fathers) rebelled against God’s Levitical command and committed this spiritual crime.

Acts 7:42 But God turned away from them and gave them over to the worship of the sun, moon and stars. This agrees with what is written in the book of the prophets:

“‘Did you bring me sacrifices and offerings
forty years in the wilderness, people of Israel?
Acts 7:43 You have taken up the tabernacle of Molek
and the star of your god Rephan,
the idols you made to worship.
Therefore I will send you into exile’ beyond Babylon.

This abomination is happening again today in our modern-day culture not only metaphysically but also physically.

Ezekiel 20:26 mentions that the passing the 1st born thorough the fire would make the child desolate. When parents put their 1st born through the fires of Molech it causes deep distress in the child’s soul at a young age. To the child though it seems normal because it’s all they know.

The child ends up taking on the responsibility of the grievous sins that the parents that are too cowardly to be honest with God and bring their sins to the cross t obe forgiven and cleansed. As a result, the child deals with heavy subject matters and spiritual, and physical pressure at a very young age. Their soul is placed under a yoke of slavery while the parents avoid spiritual their much needed spiritual responsibility.

This dynamic perverts the child’s perspective of life and they become open game for brutal temple robbings throughout their life even into adulthood (your body is the temple of God). This leads to depression, anger and a level of uncertainty where they are always questioning themselves.

People who metaphysically sacrifice their children to Molech almost always end up manipulating and gaslighting the child and on top of that unjustly judge them. These evil parents continually project their own sins onto the child into and throughout adulthood. When the child becomes an adult and confronts them they immediately demonize, gaslight and even laugh at their frustration in order to deflect responsibility.

This modern-day abomination goes unnoticed because on the outside these parents appear to be treating their kids great (according to outward appearances, i.e. “putting a roof over their head”). But in the background, they have robbed the child of what is truly important. They hold the principalities of their “hard work” over the child’s head to control, manipulate and dominate them.

These worship the works of their hands and the sun. They turned their backs on the truth and from God. When you see sex trafficking, Hollywood corruption and perverted “Elite” come to light and are exposed in America, you will also see the corruption in the family manifest which is why Jesus said father against son, mother against daughter etc…

The good news is those who come to Jesus for forgiveness will be forgiven and those how have been oppressing will not escape. People who have abused children physically, sexually, mentally and emotionally will experience judgment. After the judgment, the children (whom some are now adults) will be set free from their abusers will wander around in the wilderness of their own depraved souls for decades. Jesus will forgive them if they truly repent but there will be suffering.

This is a JUST judgment of God because these people have been riding on the backs of children. This is all coming soon and there is a backlog of injustice due upon them.

What Does The Rainbow Mean In The Bible? | God’s Covenant With Noah