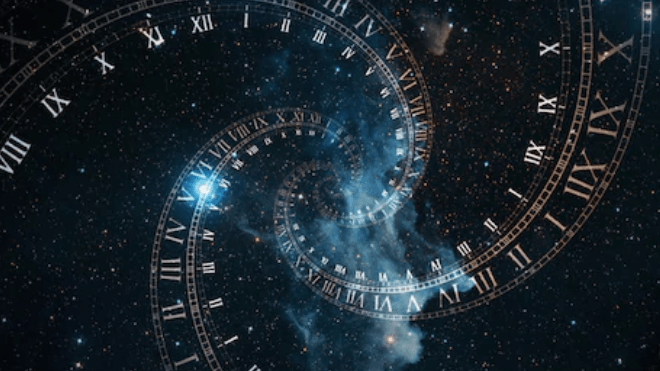 Note: This article is my opinion based on what I have learned about science and how it parallels the Bible. This is not a matter-of-fact article. It seems as if science continually proves the Bible to be true time and time again and what you read below appears to me to be another example of that.

2 Peter 3:8 expresses this truth. Many take this as a general lesson that time doesn’t mean much to God, I’m not saying that is wrong but I believe God is being very specific with this statement as well. Jesus’s first public miracle of turning water into wine is a miracle of time because fermentation is a process that only time can accomplish.

In The Bible, The Word “Heavens” In The Greek ‘oo-ran-os’ “οὐρανός” According to Thayer is defined as Heavens, Universe, Sky, Starry Heavens, etc…

Each element that is burned has a specific light signature that puts off a specific light frequency. As a result, we are able to know what each star is made out of and what element it is burning. Just in case you do not know, stars are other suns that have their own solar system. Hence ‘oo-ran-os’ “οὐρανός” means “Starry Heavens”. 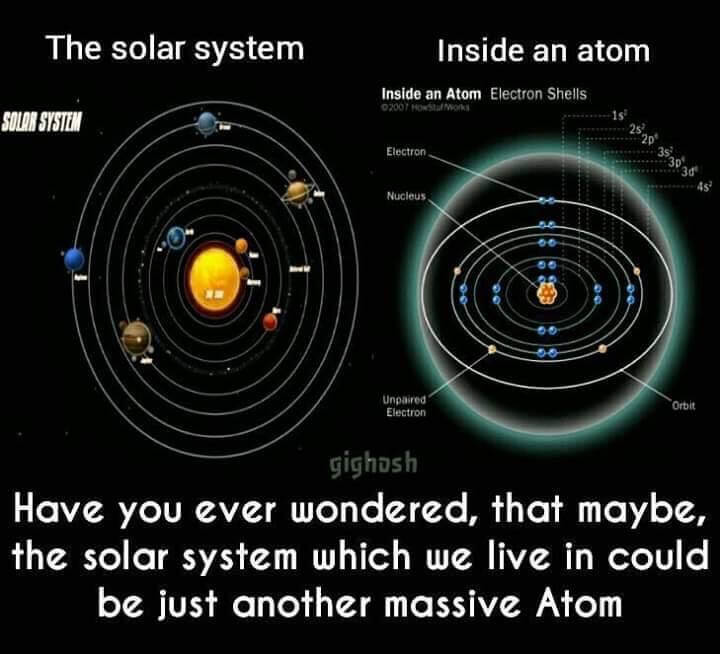 I am not saying atoms are miniature solar systems like the image above. But I am saying that they resemble each other and share similar properties. They are different because they are either A. In different dimensions or B. On the opposite ends of the scale within the dimension, God placed humans.

You and I are made out of atoms. If you are a believer you and I are the temples of God. Your physical body is the temple of God in this particular dimension. Jesus Christ is our High Priest who passed through the heavens in a temple not made with hands. Thus giving us access by His blood into the Heavens.

Hebrews 9:24-26  For Christ did not enter a sanctuary made with human hands that were only a copy of the true one; he entered heaven itself, now to appear for us in God’s presence. 25 Nor did he enter heaven to offer himself again and again, the way the high priest enters the Most Holy Place every year with blood that is not his own. 26 Otherwise Christ would have had to suffer many times since the creation of the world. But he has appeared once and for all at the culmination of the ages to do away with sin by the sacrifice of himself.

The 3rd Heaven: In The Body Or Out Of The Body?

When Paul was caught up in the 3rd Heaven 2 Corinthians 12:2. He did not know if He was in his body or outside of His body. I believe He was either A. In his body on the subatomic level or B. Was in superposition inside and outside of His own body (temple). It was un-lawful for Him to explain what He saw because he was transcending the laws of the current dimension you and I live in and he was passing through the Heavens by the power of the blood of Jesus. Kinda like what angels can do I guess, but different.

You and I are made of atoms and atoms are mostly empty space. The atomic Bohr model below is the structure of an atom. If the orbits around the nucleus were to scale the rings would be miles apart. Why is this important? Look into the sky into space (the starry heavens), and you notice that the universe is mainly made up of empty space. Just like atoms. And just like us. WE have an entire universe inside of us and it appears we are just as big as we are small (maybe). 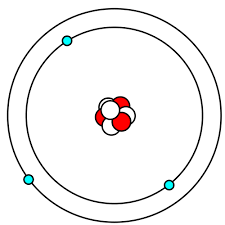 Jesus Said We Will Do Greater Things Than He Did

I do not claim to know what Jesus meant by this saying but I believe we have an entire universe inside of us. Our bodies are the temple of God and we are fearfully and wonderfully made. Is it possible we can tap into miracle powers through Jesus Christ through the temples of our bodies that seem to have multidimensional properties?

I have faith that this is the case. Jesus Christ to redeem our bodies (Romans 8:23-25). He must think our inter-dimensional bodies are important and I think this article supports that and opens up the reality that the kingdom of God is inside of you. Luke 17:21 KJV

The Mysteries of the New Covenant